Alpaca are renowned for producing the world’s most sustainable luxury fiber. Alpaca Fiber can be eco-friendly, softer than cashmere, and warm as polar bear fleece.

Experience the Alpaca Lifestyle while producing luxury products - through Alpaca Fiber Farming
This online resource will teach you how.

Suri alpacas and Huacaya alpacas are different both in physical appearance and in the specific characteristics of their fiber. Suri alpacas appear more angular and slender due to their long, lustrous fibers that hang down against their bodies, as opposed to growing perpendicular to the skin the way Huacaya fiber does.

According to Cameron Holt:

Suri fiber is basically a straight fiber and is used like mohair for specialized fiber production. One of the main difficulties when processing Suri (like Mohair) is the requirement for some twist in the sliver so it will not pull apart during the drawing process. This is due to the lack of cohesion when spinning caused by the low, smooth cuticle scale structure. Processors have suggested that they prefer a fiber with a slight wave in preference to a straight fiber. From a breeding perspective, Dr. Julio Sumar would prefer the ringlet type, followed by the lock and twist and wave.

Suri fiber can grow in tight ringlets, wave and twist ringlets, corkscrew ringlets, large wave, broad lock, and straight lock formats. Locks can twist almost to the skin and locks can be large or small, thick or thin. Thickness does not necessarily equate to density (paraphrasing Cameron Holt). Suri is relatively rare, making up only 20% of the world’s alpaca population. The Suri is thought to be rarer, possibly because it is less hardy and less able to thrive in the harsh South American mountain climates. The Suri’s fleece offers less insulation against the cold. 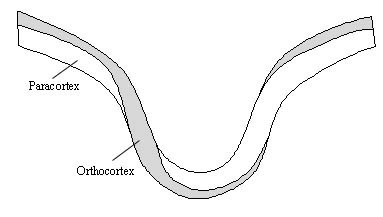